Yizkereim’s Zachor…Lo Tishkach campaign, which took place on Taanis Esther, accomplished its central goals of making people aware that for the generation of those who survived the Holocaust the final moments of ne’ilah are approaching and that we, their descendants, must ensure that the crimes committed by Amalek—the Nazis and their collaborators—against our nation during the Holocaust not be forgotten by our generation and future generations.

A poignant discovery during the implementation of the Yizkereim program was the scarcity of living Holocaust survivors active within various Jewish communities. A shul boasting a membership of 700 families could not locate even a single survivor.

When, from now on, those who were touched by this campaign will meet a survivor, they will be cognizant that they are beholding a treasure, as these last witnesses are the final link to a generation and a world that was brutally destroyed. Each is a trove of memories—of events and people— from a period when humanity went astray.

Initially, the survivors had to focus on the future without being distracted by the past. This began as early as the DP (Displaced Persons) camps, where survivors, bereft of living relatives, bonded with friends and adopted them as family, and sometimes taking on the roles of aunts and uncles to each other’s children. Had they allowed themselves to dwell on their devastation and loss, they would have been unable to face their new reality. Only after they had built a new foundation—married or re-married, reestablished identities, found productive means of support, and somewhat attended to their emotional and social healing—could they feel secure in their new lives.

These efforts to reconnect with a society or community were further hindered and intensified by the fact that many survivors felt that the American Jews with whom they tried to share their experiences could sympathize, but could not relate and often viewed them as outsiders, greenhorns, or even damaged people. As a result, they formed an insular community, networking with other survivors, depending solely on each other, making close friends only with those who had undergone similar experiences, suffered similar losses and shared their sense of displacement and disorientation.

And yet, they willfully embarked on rebuilding. Starting with the foundation of family, they used their past to design and transmit the genetic code for the rebirth, survival and thriving of the rich Yiddishkeit of European Jewry onto new shores. It is due to their indomitable will that the current generation was able to reconstruct and pass on—to the best of their ability—this culture to the next generation and onward.

Those who were touched by Yizkereim’s Zachor…Lo Tishkach program on Taanis Esther will hopefully better appreciate the significance of these accomplishments—personal, cultural and spiritual – and to realize the extent to which the Jewish community is deeply indebted to these survivors and therefore obligated to assist them, in every way possible, in their waning days.

It was a spiritual day, the culmination of months of effort to bring the message of Lo Tishkach—“Do Not Forget!”— to all Jews, successive generations of Holocaust survivor families, as well as those fortunate to have been spared. The torch of remembrance is being passed to us, and we must carry it forward.

We should take comfort in the knowledge that our orphaned generation has reached maturity and has succeeded in building on the foundations of hope, rather than despair.

Dr. Joseph Geliebter, a clinical psychologist, is the founder and director of the Rabbi Leib Geliebter Memorial Foundation/Yizkereim. 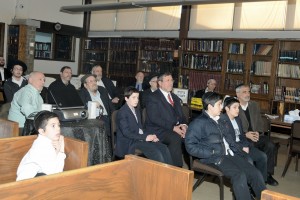 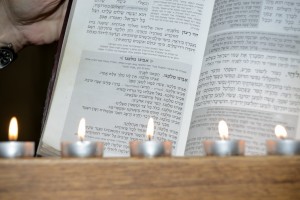